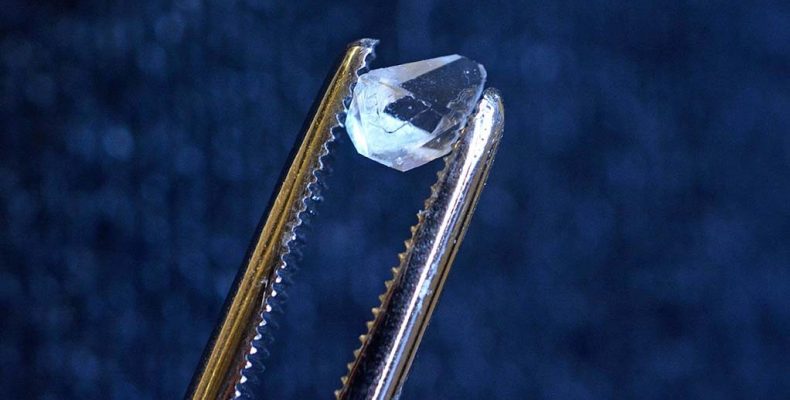 A New type of Crystal is discovered- the Time Crystal!

Yes you read right, a time crystal has recently been discovered by a team of physicists from Yale. This is not your ordinary type of crystal either, this crystal actually ticks and that is not the best part yet. Researchers found this time crystal in a place you wouldn’t even imagine- a Child’s toy, yes you read right again- a child’s toy. The time crystal ticks when exposed to an electromagnetic pulse.

Comparison of a normal crystal to a time crystal:

A normal crystal such as salt or quartz was initially discovered centuries ago and now is no longer a hot topic. These crystals have three dimensional ordered structures that repeat. But this fact was already known to scientists for a long time and now is nothing new.

What is a practical use of time crystals?

Right now scientists have just discovered time crystals, how they are formed and understanding them better is still a mystery to scientists. Once scientists understand the time crystals better, these crystals ca be used in atomic clocks, magnetometers, gyroscopes as well as in building potential quantum technologies.

The Experiment in which time crystals are made form a child’s toy:

Researchers used mono ammonium phosphate or MAP in short to grow or discover time crystals. This MAP crystal is something that is used in a child’s toy where in children can grow crystals.

The researchers then used nuclear magnetic resonance or NMR for short (don’t you just love these short forms) to search for time crystals in the MAP. After doing this they soon found the time crystals and concluded that in principal you could find a time crystal in a child’s toy.

MAPs have simple structures and are easy to grow that is why they are included in a child’s toy. But finding a time crystal which has an “internal disorder” in these MAPs was something researchers were not hopeful of finding. How ever apparently they did discover these time crystals and in a child’s toy above all places.

But just discovering the existence of a time crystal was not enough, scientists were determined to find how they came to be in the first place as well.