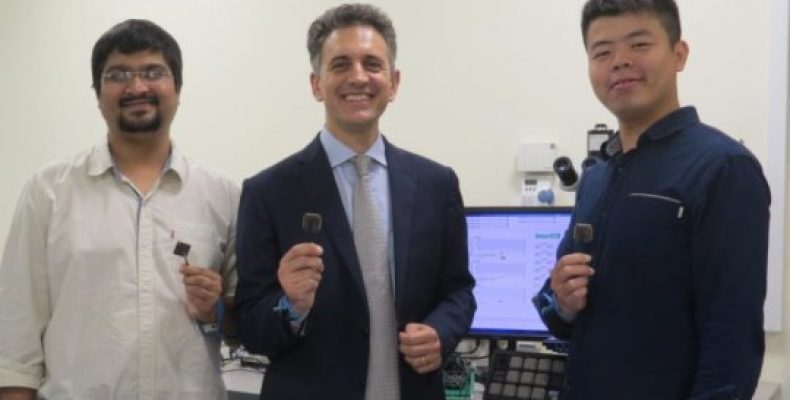 Smart Microchip Developed With The Purpose Of Power Management

A smart microchip, BATLESS has been developed by a team of researchers from the faculty of Engg. from the National University of Singapore.  The smart microchip can self-start and continue to operate when the battery has been drained.

Internet of Things (IoT) is the future of many industries and will also play a major role in our daily lives. The main challenge faced is to operate these devices under limited energy sources and thereby create power efficiency. Some of the IoT devices such as the sensors are utilized on a large scale in remote areas thus making it difficult to service on a regular basis and hence the smart microchip will play a major role in making these IoT devices self-sufficient.

As of now, the batteries that we see in the IoT devices are large and are more expensive than the single chip that is powered. The battery size depends on the sensor node lifetime and this in turn determines the life of the battery. This eventually affects the cost of maintenance and will also be detrimental to the environment when the batteries are discarded. To extend the lifetime of the batteries you can harvest the power from the environment by using the solar cell which is a slow recharging process. Currently the IoT devices operate on batteries and the smaller batteries run out of charge quite frequently. The devices will not be able to function every time the battery runs out of charge.

To overcome this difficulty, a team from NUS has developed a smart microchip, BATLESS that can operate even when the battery has died down. The smart microchip has been developed with the aim of power management. It can self-start and continue to function under dim light without the use of any battery but by using a small on-chip solar cell. This is seen as a breakthrough since the battery size to power IoT sensor nodes reduces thereby making them 10 times smaller and cheaper to produce. This will lead to developing IoT sensor nodes without the use of batteries and in turn developing innumerable IoT devices the world over.

The functioning of the smart microchip

The IoT devices continue to operate even when the battery is exhausted. This is accomplished by operating in two different modes – minimum energy and minimum power. When there is battery energy the chip runs in minimum energy mode to utilize the battery life. When the battery dies out, the chip utilizes the minimum power mode and operates with a power consumption of half a nanoWatt. This power can be obtained from a small on-chip solar cell or from other energy sources.

The smart microchip, BATLESS also manages power by helping operations self- start with no battery assistance but only being powered by the tiny on-chip solar cell.