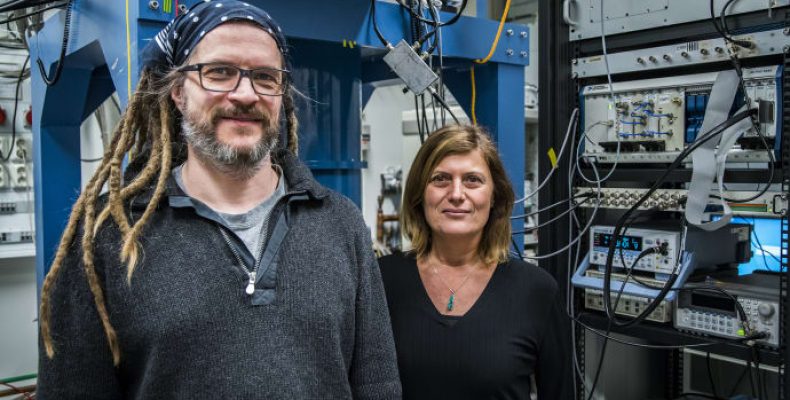 Unconventional Superconductor May Be Used to Create Quantum Computers Soon

What are Quantum Computers?

To have an idea of Quantum Computers, we need to first take a look at the conventional computers. In conventional computing, a ‘bit’ is a single bit of information which is defined by binary code: 1 and 0. Quantum Computers, which involve quantum computing have units or ‘qubits’ which are not limited to the binary state. They can store a large amount of data using less energy unlike that of a usual ‘bit’.

Quantum computers will be the next generation of supercomputers. If these quantum computers come into existence, then many complex chemical processes can be tackled. At this given point in time, many companies and researchers are trying their best to create the most powerful computer.

One of the greatest challenges faced by researchers throughout the world to build the quantum computers is to overcome the sensitivity of the quantum systems to decoherence.  Basically, Quantum Computers with topological superconductors should have a very long coherence time.

To create this topological superconductor, they began with a topological insulator (conducts current in a special way only on the surface) made of Bismuth Telluride, Bi2Te3. A layer of Aluminum (which is a superconductor) was then placed on top.

When the components were cooled down and they needed to carry out some measurements, the situation changes and the superconducting pair of electrons varied in different directions. This was not compatible with conventional superconductivity.

Based on their results, the material can become important for those who are trying to build a topological quantum computers.

Besides Google, IBM, there are a few startups that are forging ahead in the race to create the next generation of supercomputers.