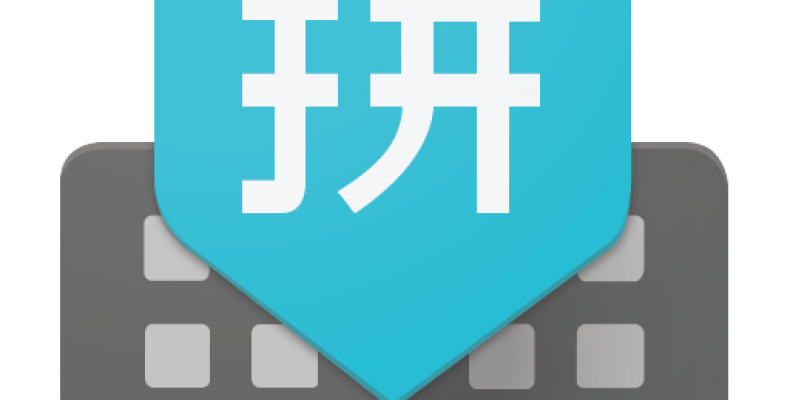 Now, Chinese character input software is no longer available on the laptop or desktop. The reason is that Google Pinyin has changed the way Microsoft Windows works. It is Google that predicts the output with the help of its search engine technology. You should know that Pinyin is a very intelligent Mandarin input software.

What is Google IME?

Google IME is nothing but a Google Input Tool. It is a set of input method editors by Google for more than 22 languages as of now. Generally, IME converts your keystrokes into characters in another language. Google IME allows the users to type in their native language text directly in any application without the need for copy and pasting.

What is Google Pinyin?

Google Pinyin IME is actually a novel input method that Google China Labs developed to optimize Chinese language typing in Android. It supports both traditional and simplified Chinese letters, digits, as well as punctuation, emoticons, and some Latin characters.

People use this to type the Chinese language. You can use both the simplified and traditional Chinese characters with the application. Besides, it allows you to input punctuation, emoticons, Latin characters, and digits. The app features network-based voice input to offer highly accurate matches.

Google Inc developed the program. With the help of an auto-start registry entry, the program is capable of running on Windows. googlepinyindaemon.exe is a special executable program.

In most cases, you can find PCs running the Windows 7 OS (SP1) and Windows 10. According to a report, approx 37% of users of Google Pinyin IME are from the United States. The app is famous in Hong Kong and Malaysia.

Get Familiar with Pinyin:

It has had a significant demand since around 1950. About 409 sounds are available in Chinese. According to the experts, if the number increases, it will be easier to learn Chinese. Using the Pinyin chart, you can learn how to pronounce each character in Chinese. You can get the chart available both offline and online.

Android: In March 2009, the tool was available for Android 1.5 or newer versions. It is compatible with the user dictionary synchronization with the desktop version.

Linux: There were over 20% of users of the app who wanted to use a Linux version of the input method at the end of 2008. However, Linux users are porting the Android Google Pinyin IME to the non-Android Linux IME framework SCIM.

Its module for SCIM is also available after Christmas 2009, and it is for the Nokia Maemo 5 platform. It indicates that you can download the app to any Nokia N900 model.

Mac OS X: This one is a closed beta version of the app for Mac OS X. On September 14, 2010, it was leaked. However, people still haven’t got the first public version.

Google keyboard is a default app in all android mobiles. The reason is that Google adjusts all things. This keyboard contains around 500 languages. It allows you to customize language or add a new one that is based on the user priority.

You can add another language very quickly within seconds using Google keyboard. If you want to change the language, then tap on the globe available on the bottom left. After that, you can change it to any language you prefer. But make sure that you have added the language to your keyboard earlier. Otherwise, you are unable to do so.

How to Use Google pinyin keyboard on Android Mobiles:

There are two different styles in the Chinese(Pinyin) language. These are ‘Simplified’ and ‘Traditional.’ Generally, people use simplified versions as traditional keyboards are not simple. In the traditional keyboards, everything is available in detail. Therefore, if you don’t have a depth of knowledge, you cannot use it. You should always use the Simplified keyboard as it is the best one.

Whether you have an android phone, you can set up a Google pinyin keyboard easily. If you don’t have any Google keyboard already installed, you must install it from the Play Store.

You should go through the steps to use the keyboard on android phones.

Sometimes, people can face issues with the Google keyboard. There are three to four steps how you can solve the issue. Whenever you hear any problem with android apps, ensure that you have cleared the app cache. After removing the app cache, your job is to force stop the application. After that, your task is to restart the mobile phone. We assure you that your problem will get solved now.

In case the issue is still available, then you should go forward to apply the next step.

Whether you have any issue with these keyboards, then read the under-given steps.

How to Use Google Pinyin Keyboard on iPhone:

There are iOS devices like iPhone, iPad, iPod, etc. These don’t contain an in-built Google pinyin keyboard. If you have an iPhone and want to install it, then go to the App store.  On the flip side, iOS devices offer an inbuilt keyboard. Here, users are capable of including additional languages. You are capable of the keyboard by following the steps:

How to Use Google Pinyin in windows:

Because of the deprecation of Google ClientLogin authentication, it was failed to synchronize with windows for a long time. You are unable to use them when it comes to windows. However, if you want, you can use Chinese (Pinyin) to type. This one is available within the language settings of each Windows OS. You should go through the steps to enable the app in windows.

How to Use Google Pinyin Input keyboard with YouTube:

Follow the steps accurately to use the keyboard. Hence, you have to set the keyboard as default.

Do you prefer to use the default Microsoft Pinyin IME 3.0? Or want to use the its text service input method? In this case, you can find the typing rate of the app slow. As a result, you can face issues with spelling the word. But it happens when you never use the Hanyu Pinyin phonetic pronunciation for the alphabet. It is the reason why Google has released an updated input method. It allows you to enhance the speed of your typing rate. Thus, you can also boost the input efficiency of the Chinese language.

How to Write Chinese on Android:

This app is the official Chinese text input app of Google. There is no default way of writing the Chinese language on your Android mobile phone. However, there is an official app that gives an ad for this feature to your mobile. You should download the app from the Android Market. After that, your task is to enable the app through the “Language & Keyboard Settings” menu. Doing this allows your mobile to input Chinese characters into any text field.

How to Put Chinese characters With the Help of Pinyin:

If you are a Mac user, then you should switch to Pinyin. You should do any one of these in the app.

Do the first two steps similarly as you have done previously. Hence, if you want to type 西安, then write “Xi’an.” Choose the 西安 option in the window.You should use an apostrophe. It helps to separate syllables with ambiguous parsings. It comes with a few modifications that make typing simpler. For instance, you can use “v” to replace “ü.” Therefore, when you are going to put 绿, you are required to write “lv.”

You should write the consonant of every syllable in an input code. Next, choose characters that are available in the Candidate window. For instance, if you are willing to put 计算机, then write “jsj.” Here, “jisuanji” is the input code. Both full and abbreviated Pinyin can be used in similar conversions. Suppose, whether you write “pingguogs” with “gongsi” abbreviated to “gs,” you get the result “苹果公司.”

Tap on the Input menu available in the menu bar. After that, you should select the Show Keyboard Viewer.

How to Put Chinese Characters with the Help of Stroke with Pinyin:

If you are a Mac user, then you should switch to Pinyin – A simplified input source.

After that, you should use a prefix key (u). For instance, you can write the following:

Whether you write “unnzzsh,” you can see appearing 字 as the first candidate.

For saving time, you can add some words. It becomes helpful when you type the same word again.

Use Email: Two processes are there through which you can get your data and your account. These are as follows:-

How to Remove the Pinyin App from Your Mobile:

A lot of reasons are there due to which you can prefer to delete it from your mobile. Clearing storage is one of the reasons sometimes.

We have given here the method of erasing your account both from an iPhone or Android device.

Erasing from an iPhone:

Follow the steps for removing the app from your iPhone model.

How to Remove the App From Android Mobile Devices:

How to Remove It from Windows:

Use the Add/Remove Program feature to remove the app from a laptop or desktop. You can get the feature available in the Window’s Control Panel.

For Windows Vista/7/8/10, you should tap on the option Uninstall a Program.

If you have Windows XP, tap on the Add or Remove Programs option.

As soon as you find the app, tap on that. Then, if you have Windows Vista/7/8/10, tap on the Uninstall option. For Windows XP, hit the Remove or Change/Remove tab. It is available at the right of the program.

While following the prompts, you can see a progress bar. It displays the time that it requires to delete the app.

We have given here a few alternatives as well as similar software. You can select any of the apps. Ensure that you are choosing the right software so that it can fit with your Personal Computer OS.

Google Input Tools: You can switch to a different language and then switch back easily. Just you have to tap the mouse. It offers virtual keyboards also.

The Android authority of Google offers keyboards in all types of languages. It allows you to access any language from your keyboard. In this case, you merely should have a ‘Google

keyboard’. Sometimes, you may not have a Google keyboard on your mobile phone. In these cases, you should download the app from the Playstore or the Appstore.

To do this, first, navigate to the settings option. Then, choose the Languages and inputs option. After that, you are required to include a language. Now, select your preferred language. When you want to change the language, return to the Google keyboard. Hence, your job is to hit the globe symbol. Now, you can easily type the language you have chosen.

You just need to write the pinyin letters that are followed by the number for the tone.

First, tap on the HOME key on the remote to navigate to the Home menu. Go to the Apps shelf then. Choose the Google Play Store icon after that. Now, look for the keyboard Google Input-IME or Google Indic. Install any of these two.

Here, you don’t need to write word by word. However, with the use of this app, you can type in paragraphs of ‘Han yu pinyin.’ Thus, you are capable of making typing mandarin / Chinese characters very simple.  Windows OS, macOS, etc., have this facility. You merely need to activate the Chinese Keyboards in the settings.