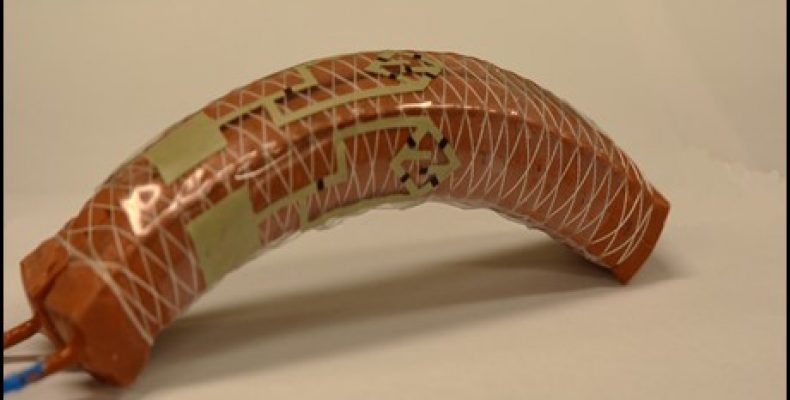 Scientists from the US of A and China have come up with a soft robot of sorts that combines the biology of soft-bodied animals with the latest in tech. The end, you ask to enable neurological functioning. This neurological functioning comes from the stretchable transistor the soft robot contains. This new discovery will allow a person with prosthetics the ability to feel with their artificial limbs.

How Does Soft Robot work?

The soft robot is a step towards making prosthetics that could directly connect to the peripheral nerves in a living being. This will allow the said living being neurological functioning using their artificial limbs. Besides that, these developments will lead to, as they are now, come to be known as ‘soft robots,’ being made that will possess the ability to make judgments and even think.

In, lay man’s terms when someone or something touches you feel it. This happens through neural pathways that send the signal to your brain. The soft robot and artificial limbs using the same tech will work much in the same way.

These soft robots and their associated tech will have major implications for the fields of neuroprosthetics and neuromorphic computing. This tech allows huge volumes of data to be processed using small amounts of energy. This energy passed through devices that copy the electric behavior of neural networks.

Where did Researchers get their Inspiration for Soft Robots From?

The transistor that with stretching capabilities similar to a rubber band seen to exhibit functioning similar to that seen in biological synapses. These would include excitatory postsynaptic potential, short term memory as well as long term memory and current facilitation.

To allow the soft robot to ‘feel,’ it fitted with a neurologically integrated tactile sensory skin. This allowed it to interact with the environment and also to respond to it accordingly. The soft robot senses physical tapping, which allowed it to respond to that sensation in a programmed manner — this programming done through synapse memory encoded signals.

The Researchers behind the Soft Robot:

One of the researchers involved in the development of the soft robot is Cunjiang Yu. Cunjiang Yu is also the author of a paper describing the Soft robot and their findings in Science Advances.  Besides this, he also involved as a principal investigator with the Texas Center for Superconductivity at the University of Houston.

These soft robots and their associated tech will allow people with prosthetic limbs to feel with their artificial limbs not only that they will also be able to respond to the sensory input just as they would do with their own natural limbs.