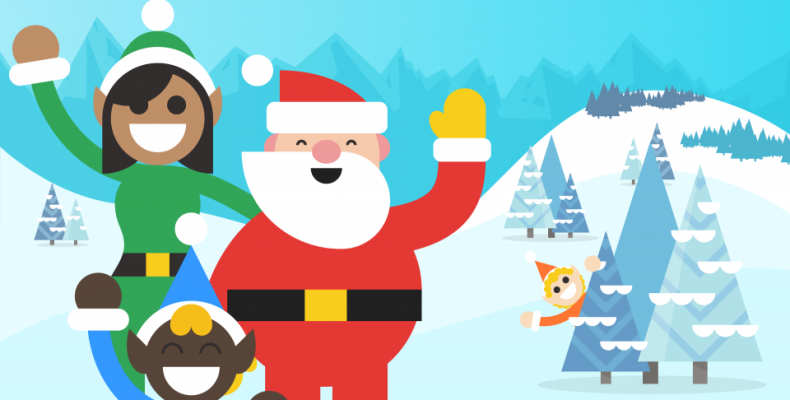 Most Wonderful Time of the Year Santa’s Village is Back in Business!

Google is all set to bring the joys and fun of the Christmas week to a whole a new level with the Santa’s Village. From December 24 onwards users will get a special section where they can uncover new games and spread the good holiday chair along the way. Part from games this Santa’s Village also offers some great utility and fun apps like Santa’s Canvas allowing users to create some original artwork, Code Boogie to learn to code some new elf dance or simply indulge one of the largest virtual snowball fight in the world. This Santa’s Village brings simply the some of the quirky, enjoyable, fun and amazing set of games and apps which can be played and utilized all round the holiday season. Here is some more exciting app to choose from this Christmas.

This game will help you follow the Santa with his epic journey after 24th December. Literally you will be following Santa in this quickly game from Google and you will get to a large number of new games within this game along with its amazing redesigned Santa’s Village from the last year. Herein you will get to play games with the cute elves in jetpacks along with rolling down the gumballs or driving the rocket powered sleighs. Google has even added the support for the Android Wear as well as Android TV so you can enjoy this light hearted game throughout the holiday season.

Santa Snap is a great game from the Santa’s Village which will be made available on the Play Store very soon. Herein you will be exclusively flying an elf-with a jetpack all round the world but you can view same on the Google Maps. To make the game more fun you can take so called ‘elfies’ with some of the really famous landmarks all round the world. In order to play at your best this game makes use of the accelerometer helping in focusing on the lens and take the photos at the exact moments to get the best shot.

Google is aggressively rooting for the Santa Tracker which it proclaims to be the best light hearted and fun filled game to enjoy this holiday season. This game will offer a chance to kids, adults and everyone to keep a track o the big as he goes round the globe sending and delivering gift to everyone. By following the Santa will get to learn different holiday traditions and customs around the world associated with the Christmas. Google has even brought the support of Google Assistant for the Santa tracker wherein simply asking “Ok Google, where is Santa?” will help users in keeping a tab on the Santa movement. Santa’s Village will certainly be a fun and cute way for the kids all round the globe to know where Santa and it will also help in spreading holiday cheer along the way.