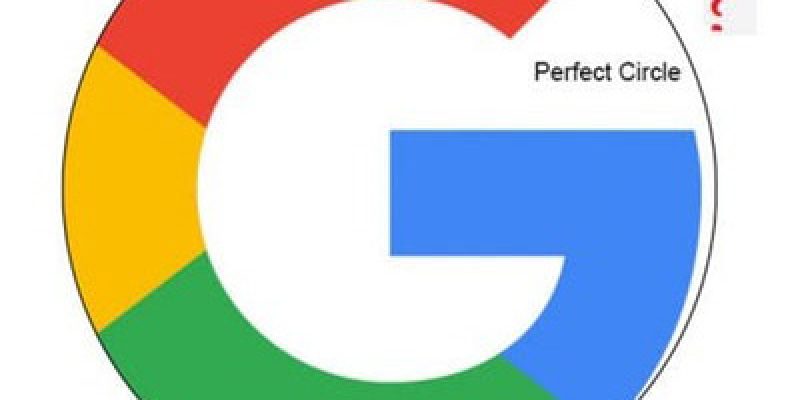 Why the G, of the Google G logo, is not a perfect circle?

Designers are already aware of it but recently a question was asked on Reddit, voicing out doubts about the dimensions of the Google G logo. People have wondered why it is not a perfect circle and this eventually resulted in a crash course in graphic design, explaining a few basics of it.

It all started when maxt0r, a Reddit user, put up images of the Google G logo. Among other things that were posted, the images explained that the G was not a perfect circle and indicated that this may have been an error on Google’s part.

Another user named A_freakin_t-rex then reposted these images to r/graphic_design, where many designers made fun of the idea that Google had made a mistake. This comes from the fact that Google is serious about its design work, like we saw in 2014. Back then, Google made some improvements to its old logo by moving the letter “g” to the right by one pixel and the letter “l” downwards and to the right by one pixel again. It seems like a really minor change but shows how much Google believes in perfectionism, which was brought to everyone’s notice by Reddit users back then.

Dissecting this matter of the Google G logo, designers stated on Reddit that one of the fundamentals of design is that visuals may be mathematically correct but it is not necessary that they may be optically correct at the same time. Later, an image was posted by one user, theloneplant, on another thread called r/graphic_design, showed the actual Google G logo which shows some balance optically and also has a modified Google G logo that is a perfect circle.

Alexandercecil, another Reddit user very clearly explained the reasoning here. Our brains and eyes are imperfect and are good at their function but fail to identify perfect geometry. Our brains pick out the rough shapes that come in our vision’s field and identifies them quickly. That is why a hoodie when placed over the back of a dining chair, looks like a real human person and will freak you out for a moment.

A perfect shape, like a circle tends to look imperfect when it is cut and a section is taken out of it to add a line and make it look like a letter. In this scenario, the perfect circle will look elongated. If it is looked at with intent and concentration, this difference will be noticed but while reading or just glancing at logos, it completely overlooked. Reading and concentration both rely on instant shape recognition, so one would use a shape that, at first glance, looks round but isn’t really round.

Many times in that Reddit thread, references of famous examples from history were also given by users – examples of geometry that was imperfect but looked perfect to the human eye, like the columns of the Parthenon. The Athenians built these columns in such a way that they bulged outwards slightly at the centre. According to a Smithsonian magazine, the Greek writers called this bulging as entasis, or tension, maybe because it makes it look like the columns are clenching like a human muscle because of the weight of the load. Yet again, some scholars have wondered for a long time that this type of design may make up for another deception of the eye, as a row of lofty, perfectly straight pillars have a possibility of appearing thinner at the centre than at the ends. Users also pointed out to a latest example of the Nintendo Switch logo and why this, too, is not symmetrical.

Before talking about the issue on Reddit, a little research should’ve been done by Google’s critics. In the end, Google does not only fixate over design, it also talks a great deal about it as well. In fact, when it unveiled the Google G logo a part of its rebranding on a larger scale back in 2015, it honestly explained the issue of why its logo was not a perfect circle.

Google stated that the Google G logo was a straightforwardly developed from the “G” logotype but is modified slightly whenever needed when it is put in spaces with other elements. Designed on the same lines as the icon of their product, the circular form was refined and tweaked a bit so that it is visually perfect at the point where the circular shape and the crossbar meet. The color proportions contribute to the spectrum of the logotype and help in the movement of eye along the letterform.

This is something that the graphic designers world-over are already aware of. But for those not from that field, it is an interesting little lesson on how geometrically imperfect logos come to be established as perfect.