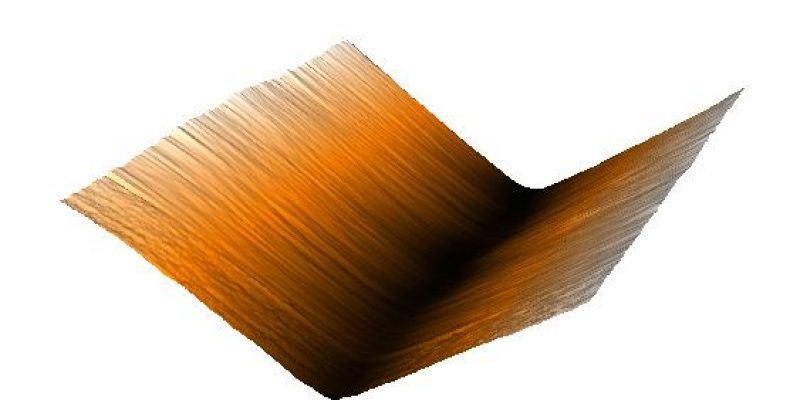 Graphene Crinkles formed on Graphene could open up new Opportunities

Graphene has a lot of possible uses due to its one- in- a- kind properties. But now another of its properties have been discovered by researchers- when graphene is compressed it forms sharp Graphene Crinkles that carry an electric charge which could help in self- assembly and various other applications.

Researchers at Brown University have discovered that when Graphene which is a one atom thick carbon, is compressed, it forms crinkles that could be used in areas of self- assembly, analyzing things like DNA or other Biomolecules.

Graphene Crinkles: What Happens when you Compress Graphene?

Researchers at Brown University demonstrate what could happen mathematically, if graphene sheets are compressed laterally or pressed down from their sides. Instead of forming smooth lines or wrinkles on their surface they form sharp crinkles that conduct a charge.

The Charge on the Graphene Crinkles:

These charged crinkles attract opposite charges and therefore could be useful in areas of self- assembly. This was not the first time researchers have observed such a phenomenon, but at the time of previous experiments, were unaware of what was causing it.

One such experiment in which graphene showed such properties was when researchers used graphene sheets and buckyballs which is a soccer ball shaped molecule made of 60 carbon atoms.

Most of the time when these buckyballys were thrown on to graphene sheets they just dispersed randomly like marbles thrown on a floor but when researchers used HOPG which is a multi- layered graphene, the buckyballs arranged themselves into straight lines.

Researchers think that the thin line of current in a Graphene Crinkles causes this to happen. HOPG forms sharp crinkles when it is made, so it is very possible that the buckyballs arranged themselves according to this phenomenon.

The same could be used to explain experiments involving biomolecules such as DNA and RNA on graphene. These biomolecules also arrange themselves in certain patterns which could be a result of the electric charged crinkles on graphene.

This arrangement of biomolecules allows them to be sequenced in an easier manner.

Researchers are now making graphene in such ways as to create crinkles that will possess this electric charge and can be used in a number of fields such as in self- assembly or biomolecules sequencing.

The researcher who discovered this flexoelectric phenomenon worked on making wrinkles, Graphene Crinkles, crease and folds on graphene for years to determine what electric properties of graphene would come about as a result and after long years of struggle his efforts have come to fruition with the sharp Graphene Crinkles which have electric charge made by compressing graphene.