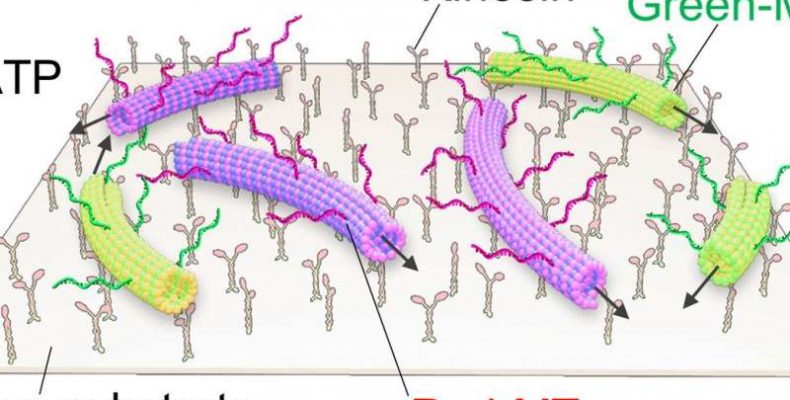 Scientists are taking a keen interest in the branch of nanotechnology. They are hoping that the nanosensors can be used inside our bodies to monitor our health and even show any signs of future diseases or any health related issues. The nanosensors can monitor the environment and even enable control over tinier environments.
Scientists from The University of Manchester have reached a milestone by developing the molecular robots.

What is a Molecular robots?

The robot has been programmed by the scientists to respond to various commands. The molecular robots  carries out chemical reactions in special solutions which can be controlled by the scientist to perform certain functions.

Assembly of the Molecular Robots

The basic knowledge of Chemical processes has been used for the assembly and operation of the molecular robot. Atoms are the building blocks of molecules and larger molecules are constructed from smaller ones. Scientists have used the same process to make plastics and medicines from the same chemical building blocks. Once the molecular robot has been constructed, the scientists program them by adding chemical inputs. The robots then operate by following the commands which guide them what to do and when.

Since they are so small, the molecular robot can be used in tiny molecular factories for manufacturing the next generation of materials. Due to its size, the molecular robot plays an important role in accelerating and improving drug discovery, reducing power requirements, a massive reduction in demand for materials and miniaturization of products.

The similar thing can be seen in a car assembly line, where the robot positions the part and aligns it in order to build the bodywork of the car. The molecular robot performs a similar function to build products at a molecular level. This is slated to be the ultimate in miniaturization of machinery.

Molecular robots can play an important role in medicine and help in the discovery of new drugs. They can be used in advanced manufacturing processes, build molecules and materials on assembly lines in molecular factories. The molecular robotics will be the ultimate in miniaturization of machines. It will help to design and manufacture the smallest machine possible.