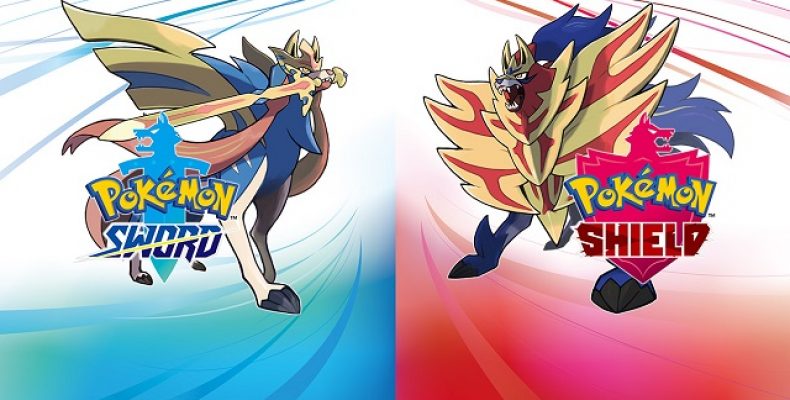 About Pokémon Sword and Shield:

Are you obsessed with Pokemon Sword and a shield? If you are a regular player and prefer to play this game more and more, then there is good news for you. Game Freak has released the latest updated version of the Pokemon Sword and shield.

Want to know more details about the pokémon sword and shield? Then, follow our elaborated article appropriately. It will let you know all the details of this game. In recent days, you can find the Pokémon Let’s Go more accessible to everyone. But you can’t avoid the Pokemon Sword and shield as it’s the most exciting one.

Pokémon Sword and Shield occupies a significant place in 2019 in the gaming industry. Game Freak was the developer of this game. The publishers of this game were Pokémon Company and Nintendo for the Nintendo Switch. It was teased at E3 2017. Game Freak announced about this game in February 2019. The releasing date of this game was on November 15, 2019.

Region these usually take place in:

The central region of the Pokemon Sword and Shield is the Galar region. When you play this game, you will find the Galar region as a broad and narrow expanse of land. It is one of the areas in the Pokémon world.

As there comes the new update on the latest version, many features are unique. Do you want to know about these new features of Pokemon Sword and shield? Don’t worry. We cover that part also in the article.

The latest Generation 8 is going to take place in the new Galar region. The developer, Game Freak, entirely updates this exceptional region. He made the Galar region based on the United Kingdom. From a speech, you know that there are idyllic countryside and contemporary cities in the area. These towns have some vast plains and snow-covered mountains.

However, according to the developer, there remains plenty of things to explore in the new Galar region. He added that he would include the expansive Wild Area where the users can encounter several different Pokémon. Besides, the users will see large open fields, forests, industrial cities, and countryside villages.

Features of Pokemon Sword and shield:

Till now, you have got to know about pokémon sword and shield. Here, we have given some features of this game. This version comes with a few changes. For example, in the previous version, it was Let’s Go, Pikachu! It is now Let’s Go, Eevee! It is one of the most traditional gameplay in the Pokémon Ultra Sun and Ultra Moon.

When you will play this game, you will find the Wild Pokémon appearing across the world. It is known to us as “symbol encounters” that is quite same as “Let’s Go games.”

There exists a gym challenge that most users find very interesting. Here, every player needs to join. And each player has only the one target to win the contest. However, in the updated version, the Pokémon Sun and Moon, Ultra Sun, and Ultra Moon replaced the Gym challenge. Besides, there is also an annual champion cup tournament where any player can challenge the champion.

Here are the latest updated features that you can get from the Pokemon Sword and shield.

On the latest updated version, you can find a rugged area that is very wide. It is a very open and expanded place. This new fantastic area connects many cities with the new Galar region. You can say it as a home of wild Pokemon that comes in a wide variety.

This new feature allows one Pokemon to get powered up from the Galar region. And that Pokemon can increase its power with the help of Dynamax. As soon as Pokemon will Dynamax itself, it will get a Max Move.

Gigantamax refers to a phenomenon that implies that it will change a few individuals of species of Pokémon. This feature is quite similar to the Dynamax. Here the Pokemon also uplifts its power taking help from the Gigantamax. Therefore, Pokemon can enlarge its size. After Gigantamaxing, Pokemons are allowed to use a G-Max Move.

This new version has another attractive feature called Max raid battles. Any player can join in this Battle. But this Battle is restricted to 4 players. It means that the maximum of four players can challenge Dynamax Pokemon together. You can play this new Battle over local wireless or Nintendo Switch Online.

It is one of the most notable features that the latest updated version contains. It replaces the Rotom Pokédex of the Generation VII games. This new feature acts as a Pokédex and serves as the primary interface for the game’s menu.

The function of this feature is that you can use it as an interface to connect with other players over local network. Besides, it can connect through Nintendo Switch Online. There are two types of trade– Link Trade or Surprise Trade. Players can trade any one of these. If you want, you can trade battles, swap League Cards, and join Max Raid Battles.

Battle stadium is the most eye-catching feature that this modern version of this game contains. If you have played the old versions, you would know a battle Spot in the Generation VI and VII games. But the battle stadium replaced the battle spot. With the help of this new feature, any player can participate in battles over the internet through Nintendo Switch Online. There are a few battles named as Ranked Battles, Casual Battles. Besides, there are also some official Competitions as well as host or join Friendly Competitions.

It is Rotimi that replaces the PCs that were present in previous games. Here you can get many features like it allows players to send their Pokémon on Poké Jobs, design their League Card, and draw for the Loto-ID.

With the help of this latest feature, players can interact with their Pokemon, go to camps, cook curry, and visit other player’s bases.

In a single word, pokédex is the one place where you can get about all features in a combo. In the previous versions of both Pokemon Sword and shield, there was a regional pokédex. But in the recently upgraded game, it is a national one. It implements that one player can only capture those creatures that are available in the new Galar region.

You can’t transfer monsters that you will capture in the previous games. If you have collected those for many years, then all your work will go in vain. However, it is good news that Galar, at least, has an eclectic lineup of creatures. Galar has a lot of human-like and food-themed creatures. Besides, you can get some ideal pokémon, such as Eevee and Pikachu.

Apart from these, you can also know that Sword and Shield are only about the hybrid Switch’s ideal games. These games allow its users to play both in portable mode and TV mode. But it relies on what the situation is. When you see a big story moment or gym battle, you should prefer the big screen. But while it comes to grinding through battles, you can see it on TV. You can play it anywhere. It doesn’t lose the flexibility that makes it very special to the users.

Conclusion: Our article contains an elaborated description of the Pokemon Sword and shield. We try to provide here the entire details about this game. We hope from our article, you will get niceties about the latest updated version of the game.

There is no specific region in this game. It is one of the most attractive features of this game. You can trade and receive Pokemon from any area. You can breed the Pokemon with the help of the “Masuda’ method. It will increase the chance to get up to 1/512 with shiny charm.

Pokemon Sword is the most famous version. It had about 499,753 copies that were already sold. Pokemon Shield got 347,629 units while selling and the double Pack sold at 254,612 units.

If you use Master Ball to catch Legendary Zacian or Zamazanta, then it will be a major mistake. Any ball can do the job for you. That’s why you should not waste a Master ball suddenly. You can use Pokemon with False Swipe for getting the Legendary to 1 HP rather than using the Master Ball.

No, you are unable to breed Zacian. Zacian and Zamazenta are usually rivals or siblings.

Yes, now you can make sure that the Japanese codes for Pokemon Sword And Shield are region free. It implies that those Japanese serial codes can be used in any area.

If you want to buy the Pokemon shield DLC, you should purchase it from the same area you purchased your game. But you need to know one thing is that it is only for digital copies. That’s why if you buy the DLC only from the Japanese shop, it will work only.

Trainers and designers are going to make a brand latest Eevee evolution in Pokemon Sword and Shield. If it happens, it will be the first time when Pokemon sword and shield will ever introduce a new brand, Eevee evolution. The name of the new Eevee evolution is Crown Tundra Expansion. It comes with the latest creatures to the series and the return of many fan-favorite characters.

People think that Sword contains exclusive Pokemon than a shield. Therefore, it becomes beneficial for you to ‘catch em all’ rather than get Pokemon from the other. But you can follow it when you want to play the game in that way. When you play it in a standard way, you have to trade Pokemon from Shield to Sword. But for the case of Sword to shield, you don’t require to do so.

It doesn’t matter whether you have already played the games or you are a beginner. When you play the first Pokémon game for the Nintendo Switch, you may find it enjoyable. In recent times, the new versions of the Pokemon game come with a well-designed structure. And we hope that the latest upcoming DLCs can deliver a nice shape to the game by adding extra content.

Scorbunny is the best Pokemon with whom everyone can start. This Pokemon is speedy. It can learn great moves effortlessly. Besides, this Pokemon fairs superb against the gym leaders.

Lake of Outrage is the place where most people prefer to visit to get the rare Pokemon. You can also find Deino while playing Sword in the Max Raid Battles in Dusty Bowl and Giant’s Mirror. You can use the Deino Pokemon only in the rainy weather.