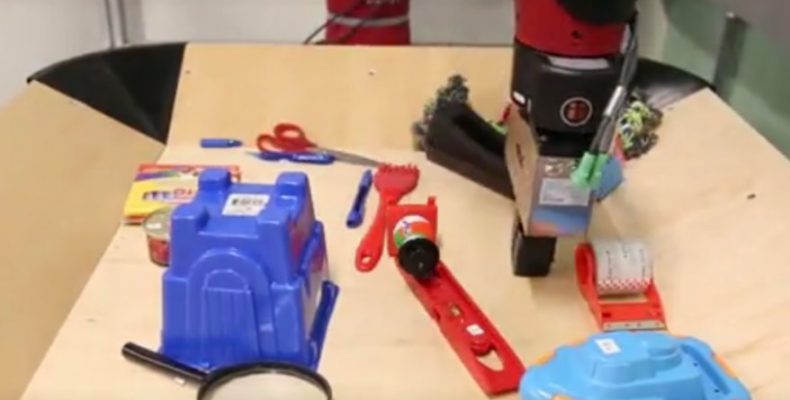 New Robots Can See into Their Future

However creepy it may sound but scientists have done it. Elon Musk has given his thoughts regarding the development of robots and AI which was pessimistic but we are on the same path. A team of the researchers from UC Berkley has successfully developed a remarkable robotic learning technology which allows robots too look into their future. They can judge the outcome of their actions in order to manipulate the objects within their surrounding even though they had never seen that object ever before.

Scientists are hopeful that this technology will essentially help in developing such self-driving cars which are able to anticipate their future events based on the driving condition son the road ahead. Secondly this technology might even find its way in our home where it will be able to render highly intelligent robotic assistant to the users.

How Good is This Robot Technology?

Right in the heart of this technology of system resides a deep learning technology which offers a convolutional recurrent video prediction also known as dynamic neural advection (DNA). In simple words this technology allows the robot to come up with different predictions for a similar scenario which might appear to be picked right out of the science fiction. The DNA models used within this technology basically helps in predicting hoe the pixels present within an image will be moving from one frame to another in the real world and upon this the robot’s actions will be calculated.

For quite a long time robots have relied on the human supervisor to learn new skills and its feedback was based on the observation of the supervisor. But with the help of this technology robots will be able to learn new skills on their own without any human intervention. The DNA models used in this technology has gone through a rapid phase of enhancement resulting in improved planning capabilities allowing robots to perform highly complex tasks with ease using the video prediction. Herein robots showed perfection in sliding toys around some obstacles as well as went ahead with repositioning multiple objects.

Powered by this new technology robots are new heights when it comes to advanced decision making. They are able to achieve some complex tasks like pushing objects on a table and placing it in the desired location. Using the prediction model backed with the deep learning they will be able to teach themselves the best possible to avoid obstacles as well push objects in order to get over the obstructions in their path.

A glorious future waits for the robots

The way robots are learning and adapting with the changing scenarios and challenges is every much similar to a kid playing with toys. By playing with the toys they were able to grasp its role, place and how to play with it on their own and it helped in learning how the world works through the autonomous interactions. Very soon are going to the implementation of this technology in the robotics on wider scale.