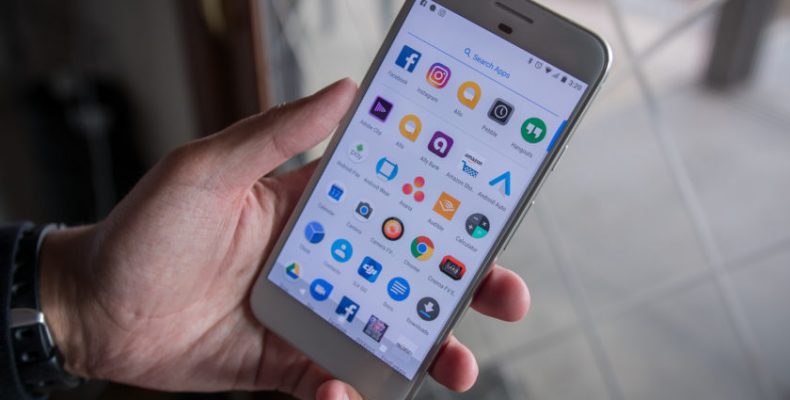 Google Pixel 2 Event: What to expect on October 4

We tell you how and where to see the Google Event, where the new Google Pixel 2 is presented today, October 4, at 5:00 pm British time, from the UK

Like Apple, Google likes to celebrate its event in the final stretch of the year. But unlike the company of Steve Jobs and others of the sector, the giant of the Network only has an event, a presentation, one day to the year to show everything in what is working and the devices that will launch to the market. That day comes this week, and we tell you where to see the Google Event this October 4.

Wednesday, October 4, at 5 pm British time, the Google event will be held in which we will see the presentation of devices such as google Pixel 2 and Pixel 2XL, in addition to other products. To see the live event just click on the player we have left here, which will activate a few minutes before the start time and will broadcast the Google Event live streaming.

The author of the Android operating system, the most used in the smartphone market, also seeks to be one of the major brands of mobile phones. Tomorrow we will see with maximum security the Google Pixel 2, which retains the design of its predecessor and would be available in black, blue and white. The screen promises to have 5 inches and a 16: 9 Full HD resolution, in a size that falls short of phablets like the Samsung Galaxy Note 8 or the iPhone 8 Plus that lead the market but will be grateful for those looking for a terminal of smaller dimensions. We could find a Snapdragon 835 processor (Google has thrown the bull and we will not see Snapdragon 836 mount surely) with 4 GB of RAM and a variable space that determines its cost. The options of space in the terminal are of 64 and 128 GB, that will cost between 552 and 637 euros respectively.

If we go to his big brother, the Google Pixel 2 XL is more in line with the current phablets, mounting a screen of 6 inches with aspect ratio 18: 9 and resolution QHD, being able to do without the frames like the Infinity Display of Samsung or the iPhone X (in a few hours we will leave doubts). The internal components are expected to be exactly the same. The capacity is also divided into 64 and 128 GB, costing 722 € and 807 euros to change. However, there are two differences to note: The first is the manufacturer, which could be HTC for the Google Pixel 2 and LG for the Google Pixel 2 XL. The other is that the large version of the terminal will come in black or white and black.

Virtual home assistants in the form of smart speakers have become fashionable, and Google knows, since their Home smart speaker sells just as well as the Amazon Echo in the United States. And after debuting in the market, tomorrow we will see a reduced version of this, the Google Home Mini, as powerful as its predecessor, but smaller and cheaper, since it has leaked the price and even reserves: at $ 49, about 41 euros.

At the height of the Virtual Reality, Google managed to make something like a joke, a VR cardboard glasses like the Cardboard, become the first headset of many people to access this new technology. The company released its VR Daydream View glasses last year, more serious in design, ambitious and with a price close but without reaching 100 euros. It is rumored that tomorrow we will see the Daydream View 2, covered in cloth and in new colors.

In the field of laptops, it seems that Google will opt for a high-performance device that would include a storage SSD of 128-256GB of space, plus a stylus or pressure-sensitive stylus – just like the Microsoft’s Surface Book – which would increase its already high price of 1199 pounds or 1,351 euros to change, clearly superior to the Chromebook it launched in 2015.