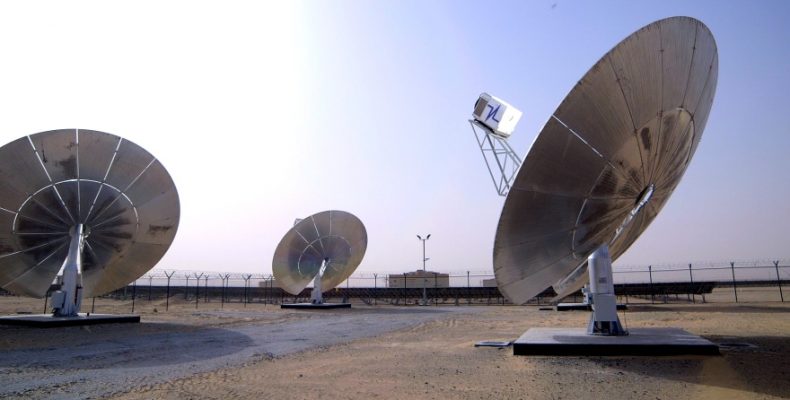 Stirling Disc / Motor units of 3 kW / hour are being tested for one or two family dwellings, or to be mounted to two or more Disc / Motor assemblies, depending on the amount of energy being demanded. The tech geeks at Lulea University of Technology expects for and they now incur 3.8 million SEK from Swedish Energy Agency to three-fold the life span of the stirling engines’ piston rings.

This project studies the use of one of the most abundant renewable energy sources in the world, solar energy. After understanding the impact of solar energy on our life system, the first part of the research project is to design, build and measure a system, capable of taking solar energy and converting it into mechanical energy. This is a technology that is clean, mature and with an extensive history that collects solar energy, it will be used to heat a heat transfer oil to a temperature of 300 ° C, which would be optimal to achieve a Stirling engine, this oil will be transferred to an insulated container where it can be stored for later use.

The second part of this research will focus on improving the efficiency of the Stirling engine, by modifying the different physical parameters of the engine. For example: the variation of the displacement ratio will change the engine starting temperature by more than 100 ° C. This can be done by increasing the diameter of the displacing piston or by decreasing the stroke of the power piston. Another way to improve engine performance is by analyzing the factors that interfere with its development. For example: heat transfer, is one of the most significant to achieve the efficiency of the engine, and is directly related to the improvements we can make in the cold and hot area of this. The contributions of this research will contribute in the search for alternatives, in the use of clean energies to satisfy our needs.

To allow energy storage, a module has been developed as Stored Solar Energy System, added to the Stirling Drive-Motor unit that allows the transfer and storage of thermal energy, without any pump or valve. Energy storage is done by changing the phase of a substance and the heat is conducted by tubes. No further construction details are posted. The thermal energy storage unit enables the system to generate electricity during cloud and nighttime shadow transients. The objective is to reach to dispatch energy to the consumption of 4 to 6 hours after the sunset.

Stirling engine is an external combustion engine in front of the traditional gasoline or diesel engines of internal combustion that move the vehicles. The engine operates with an external heat source that can be even solar or nuclear and a heat sink, the difference in temperature between both sources should be large.

In the process of converting heat to work the Stirling engine achieves a performance superior to any other real engine, approaching as much as possible of the ideal engine of Carnot. In practice it is limited, because the gas with which it works is not ideal, it is inevitable the friction in the different components that move, etc.