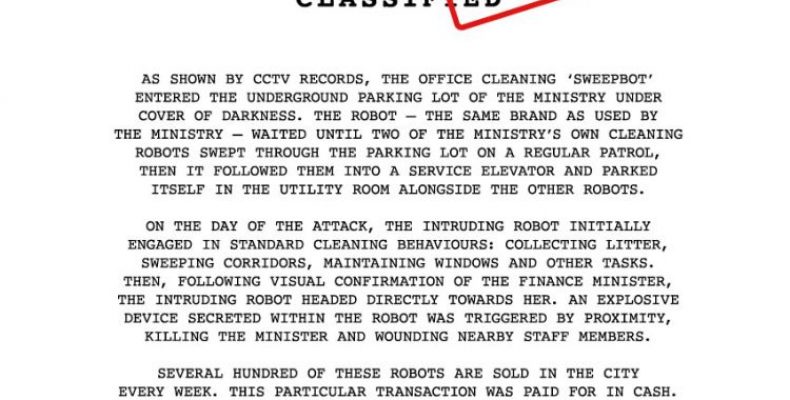 Scientists warn of the malicious uses of Artificial Intelligence

A group of scientists has approved the “Barcelona Declaration”, the first recommendations on an “adequate and malicious use of Artificial Intelligence (AI), which proposes measures to avoid possible malicious uses of AI-based systems, in which application “Europe is lagging behind”.

The proposal of Biocat and the Obra Social

AI experts have met for two days this week in Barcelona invited by Debate, an initiative of Biocat and the Obra Social, to reflect on this new technology and develop a consensus document “for the proper development and use of Artificial Intelligence  in Europe.”

AI is a collection of computational components to build systems that emulate functions of the human brain and began to develop in the mid 50s of the last century, although it has gone through cycles of “illusion, enthusiasm, criticism and doubt”, point out the scientists. “Currently, we see a strong wave of enthusiastic adoption of AI in many areas of human activity,” warn the experts, who propose more investment and “prudence, confidence and responsibility” when using it.

It explains that data-based  Artificial Intelligence  has begun to be applied in the last decade and works with large databases processed by statistical algorithms to extract patterns with which to make predictions or emulate human behavior.

Therefore, the scientists call for European companies to invest in the development of Artificial Intelligence  “on a scale commensurate with the current challenge and in such a way that all European regions and citizens can benefit”.  This investment, according to the authors of the declaration, should aim to create “a network of high-level research laboratories” and the training of many specialized engineers.

Because many of these resources are specific to each language and culture, it is imperative that Europe invest in their development, make them accessible and adapted to all regions, Europe is currently lagging behind other economic areas in investment in Artificial Intelligence  , and the moment to take the big leap is now.

According to the scientists, “the leap forward in AI has been caused by the development of technologies, a greater computing power in data storage, the greater availability of platforms for the provision of Internet services and a greater willingness of many economic actors. To bring said technology to its own domain of application “.

But they warn that “many fundamental problems of artificial intelligence are not yet resolved”.  “The application of the AI also requires very strict requirements, otherwise the results will be disappointing and potentially very harmful”, so they ask for “the necessary prudence”.  “There is a growing concern about AI chat-bots and other types of automated messaging that operate on the Internet and on social networks, designed to manipulate political opinion, to spread false facts, extort money or other forms of malicious activity that can arrive to be dangerous for the individuals being able to destabilize our society “, warns the declaration.

“These chat-bots pretend to be human beings and can obtain and propagate data about the identity of the people with whom they are contacted,” they warn.  AI has allowed these chat-bots to be realistic enough so that unsuspecting users are not able to distinguish and be deceived, so the scientists propose “to demand that it is always clear if an interaction comes from a human or a system of AI and that, in the case of an AI system, those responsible for it can be tracked and identified.”

Another problem that the experts foresee is that “the undeniable enthusiasm for AI can give the impression that human intelligence is no longer necessary, leading some companies to lay off employees and replace them with AI systems.”  “This is a very serious error: all AI systems depend critically on human intelligence, which is why it should be emphasized that human knowledge must continue to be taught, developed and exercised,” the statement concludes.