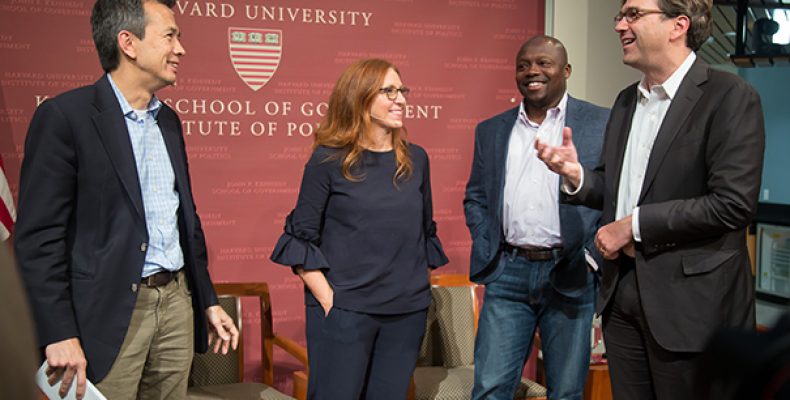 Artificial Intelligence: The Robots Are Coming, But Relax

Artificial Intelligence: Robots are slowing making their way but there is nothing to fear

The whole world is suddenly gripped with the fear of losing their jobs to the new age smart robots though that doesn’t happen to be the case as of now. Their fear of losing jobs or source of income or simply one thing they had learned to do so well will be lost if machines are able to do the same with less time and cost through the use of Artificial Intelligence isn’t completely wrong as well.  Jason Furman who is a professor of economic policy present at Harvard University has explored this thought in detail at a panel session which brought some alarming concerns and hopeful truths.

The rise of robots is truth because of Artificial Intelligence

Way back in 1960 a story from the Wall Street journal simply summarised when the robots will they will not just bid for the jobs in the outer space but even in the factories present all across the U.S. In 2017 we face the very similar situation which is shown as a grim reality which has to deal with. But Jason states that this isn’t a new thing which should make us question the deployment of robots and the transformation being made in the industries.

An example of today food industry will show most of the food we eat is simply made by the machines. The unemployment rates present way back in 1901 is same as found in 2017. Quite incidentally American firms are making a large number for jobs but it isn’t translating into enhancing the GDP. In simple words people are working more but they are not producing enough that is where Artificial Intelligence comes into the question. Artificial Intelligence is designed to enhance the productivity of the human civilization by bringing a workforce which adds to the GDP and helps nation in producing more which is the need of the hour.

Artificial intelligence is ‘good’ or ‘bad’

The panellists have stated that Artificial Intelligence is quite instrumental in transforming the workplace in modern industry. It will help in creating more jobs directed to highly specific skills but at the same time it will put all the low-income jobs at high risk. It should be understood that modern industries take the task of providing the workers with necessary education to deal with the changing scenario and remain employable through uplifting their skill sets. With the rise of jobs people will still have a job but it wouldn’t be the same one.

One elite panellist namely Francesca Rossi from IBM Research even stated that in modern times human and machines happens to be very complementary. With the widespread use of the Artificial Intelligence in coming days we will see a remarkable transformation in the job landscape. Almost every job will be transformed and people will have to adapt and this transformation will result in eliminating a number of jobs while creating more at the same time. People simply need to be educated rather than pushed aside in order to make way for the rise of robots.