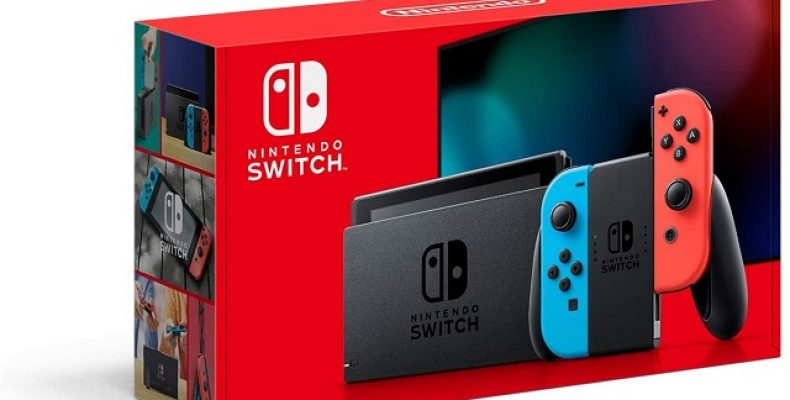 Why you need to switch to a Portable Game Console?

These days many people are playing games on their phones. Reasonably so to! Phones these days can handle streaming a game for long hours. Besides that graphics in phones have improved a lot making playing games on your phone even more interesting. But if you’re a 90’s kid then you know what playing on a gaming console feels like. It’s no mobile phone but it’s something else altogether. Some even miss that game playing experience. So for those who like playing on portable game console, here’s a post showing you the best portable gaming console to get.

Nintendo Switch isn’t your average portable game console too. This handheld gaming gizmo can switch into a home system too. It comes with a dock that allows you to play on the big screen. The dual functionality on this gaming console makes it one of the newest of its kind.

This gaming console has become a hit since its launch with many developers too adding to its library of games every now and then. The ever increasing library of games makes this portable game console a must buy for anyone having the cash to shell out.

This portable game console also comes with 32GB of space, which can store a dozen or so games depending on their size. But from past experience getting a 256GB MicroSD card is a must for ardent game players.

The only downside with this gaming console is that some may find a tad big to hold. This is especially so when you have to add the two controllers called joy cons to the sides. But all is not lost still, the joy cons are detachable and the gaming console also comes with a stand that lets you prop it up when your arms feel fatigued.

As for screen size you get a 6.1 inch 720p screen which makes not playing on your mobile not a huge thing. Battery life lasts for 5 hours on a single charge which should be fine since you’re only playing games on it. But of course this number is only a benchmark, the more complex the game or brighter the screen, the more the battery drain. There’s always a portable battery charger to go with your portable game console.

This is another great choice when it comes to portable gaming consoles. The latest 3DS is much like its predecessor in that it comes with a dual screen. The one on the top is of 4.88 inches while the one on the bottom is 4.18 inches. The combination of the two is used to create a sort of 3D image which is where this portable game console gets its name.

This feature has given a chance for many developers to make games that are more suited for this kind of system. For example some have made games where the map or some other features play on the bottom screen while the main games goes on on the top.

When it comes to the game library, you can’t go wrong with this one. While it has all the latest games to take advantage of the new feature, it is also backwards compatible with all the DS games as well.

As for space this portable game console is a bit of a let- down.  The 3DS XL comes with no internal storage whatsoever and ships out with just a 4GB card. Well the 3DS games are smaller in size as compared to the DS games but still a 64GB card won’t hurt.

PlayStation Vita as Portable game console you need to check out:

This one may be getting off the shelves soon but that won’t stop it from being a hit with critics and fans alike. The Vita was meant to be a handheld version of the then going strong PS3, which it has been in certain ways.

As for games- the biggest titles, you’ll be able to get on the Vita such as Unchartered and god of war. While the physical copies of these games are expensive, the digital ones aren’t that much. Besides getting your hands on Vita games you’ll also be able to get digital versions of PSP as well as PS1 games too.

The battery on this thing will last you a full 6 hours on a single charge. The LCD screen too is great to play games on to this day. But what’s not so great is that you need a propriety memory card to store your games on.

Miss your phone? then simply add a controller to it:

Yes sometimes your phone is the best bet. It has the tech, the screen size as well as battery to boot. Plus it can do so much more than a simple portable game console. But when it comes to pressing buttons, that’s the time when you just miss having your old GameBoy to play on.

But no worries you can simply add a wireless controller to your phone. Simply connect a controller via Bluetooth and use your phone screen, well as a screen of course. Yes yes we know that you have to tote around an extra piece of hardware and all but still you’re getting a great deal at a low cost.

Plus when it comes to gaming, you still got the entire Play Store and Apple Stores at your disposal. You even get port games as well.