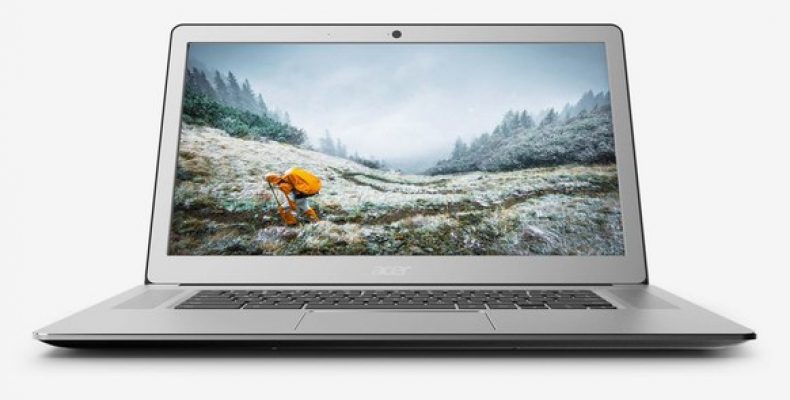 There are a plethora of laptops and net books out there and the latest in the market is the Acer Chromebook 15. The previous chromebooks didn’t have anything to boast of. So what’s new about the Acer chromebook 15?

The Acer Chromebook 15 is said to come in an aluminum finish but is really a combination of aluminum and plastic. The top of the laptop and the palm rest is in aluminum while the rest of it is in plastic. The design in my opinion is lacking.

The acer Chromebook 15 comes in a huge 15.6 inch screen which is refreshing considering today’s 11-13 inch screens in other laptops or net books. It also comes with 8 to 10 hour battery life. The Acer Chromebook 15 has a 1080 by 1920 pixel screen. The large screen and high resolution all add to the media experience on this gadget. This gadget also comes with touchscreen.

The LED backlight is found to be bright enough to use in the night without straining one’s eyes. The keys on the Acer Chromebook 15 are ok to use. At the side of the keyboard you can find two large stereo speakers.

External connectivity to this gadget is through a USB-c and USB 3 ports on either side of the laptop. There is also a headphone jack and micro SD slot in the chromebook. 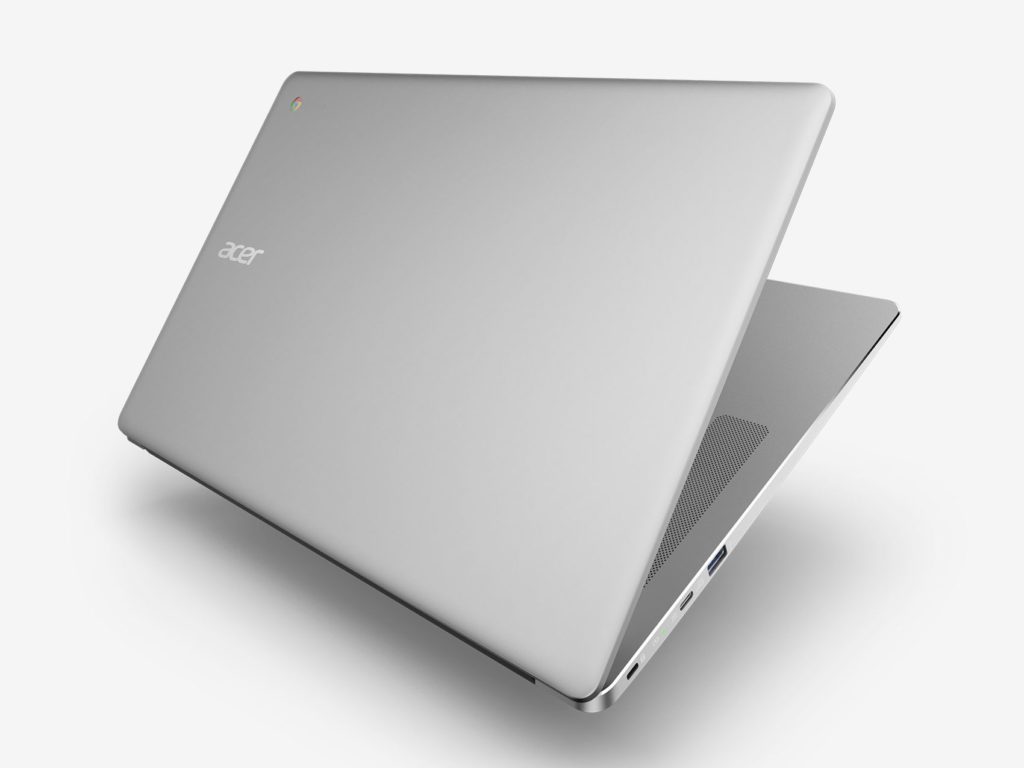 The Acer Chromebook 15 comes in a mediocre 32 GB storage and a basic 4 GB RAM. Acer does not really boast of its processor but research shows that it is a Pentium N4200.

The Acer Chromebook 15 comes with an all new feature, you can now play your smartphone apps on your laptop. Of course Google has a lot of work to do before the apps become totally usable on laptops. The apps that are used on smartphones sometimes cannot be resized to the full screen mode on the Acer Chromebook 15 or sometimes does not even show on screen. Certain apps don’t function as well on a Chromebook as you would expect them to work on a smartphone or tablet. There were even instances where some of the apps lagged and then stopped working all together. Hey but you’ve got to give Acer credit for the novel idea of putting smartphone apps on a laptop.

All the specs said and done, the touch pad isn’t so great. Excessive use usually results in it rattling around. But all is not so bad in using it if you don’t mind the little rattling noise it gives when using it. This hiccup places the Acer Chromebook 15 a little ways off compared to other higher end models.

Another problem with the Acer Chromebook 15 other than the rattling touch pad is that it hangs and hangs a lot. This basically means that the laptop isn’t meant for high usage.  So one cannot go too crazy and surf the net while a lot of apps are running in the background. The 4 GB RAM just cannot handle it.