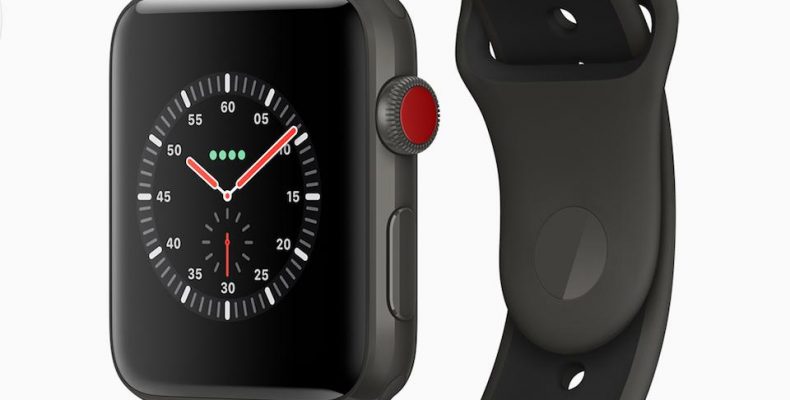 The latest Apple Watch Series 3 was launched with huge fanfare few months ago as it brough a considerable amount of upgrades over the last Apple Watch. However it soon got embroiled into well documented bug-related issue which seriously hampered the user experience on the Apple Watch Series 3. Apple has finally addressed the issue by providing a software update by releasing the watchOS 4.0.1. This new OS update is set to improve the reception and reliability of the LTE signals when iPhone is not present nearby.

It is worth noting that this around Apple has brought cellular connectivity to the Apple Watch Series 3 by allowing users to place a SIM card and so far users had faced a number of issues with their LTE cellular connections. Apple Watch Series 3 owners can easily download this software update by using their iPhone based official Watch app. Apple has stated that this new software update will help in fixing the notorious Wi-Fi bug  which simply prevented the users from using the LTE connectivity in the vicinity of public hotspot.

Apple Watch Series 3 users still have to pair their watch with the iPhone and the official Watch in order to get best out of the gadget. The use of LTE bands are known to cause huge drain on the battery life, therefore Apple Watch prefers to use the Wi-Fi networks whenever it is possible. As it is a small wrist watch the screen present on the Apple Watch Series 3 is quite tiny to check upon the Wi-Fi information. Therefore users have to pair their device with iPhone whereby watch is able to make use of the known Wi-Fi networks while on the go.

How the Wi-Bug wreacked the havoc in Apple Watch Series 3?

Since the launch of the Apple Watch Series 3 this new age smartwatch has failed to live up the expectations. Most notably it has a very notorious Wi-Fi issue wherein this watch failed to recognize the Wi-Fi networks and a number of it required use to accept the terms and conditions in order to access them. Secondly without having any browser or the full-fledged working condition of the iOS, Apple WatchOS has simply been unable to connect and utilize the networks in the vicinity.

On the Apple watchOS 4.0 this smartwatch kept attempting to connect to the available Wi-Fi networks rather than opting for the LTE instead. This simply left a wide number of users without any data or connectivity on the Apple Watch Series 3. The latest watchOS 4.0.1 has addressed this issue finally and the next update title watchOS 4.1 is expected to bring wide range of features from LTE music and radio streaming. Right now users have to sync their songs to their watch in order to listen to them and they cannot stream song right from the Apple Music or their iCloud Music library as well.