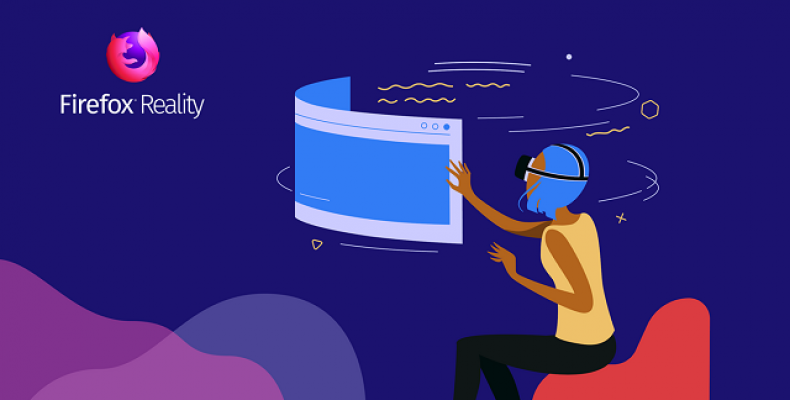 Firefox Reality, a new Web Browser is available for Viveport, Oculus and Daydream

The team at Mozilla has designed a new Web Browser called Firefox Reality. It is a web browser that has been designed to work on stand-alone virtual and augmented reality (mixed reality) headsets. The web Browser, named Firefox Reality is made available for Viveport, Oculus and Daydream.

As technology has been advancing, the web browser, Firefox Reality introduced by Mozilla has brought about 3D and immersive content experience. It brings along with it an easy to use, greater choice, control and privacy aspect which is to be expected from Firefox. With Firefox Reality, it becomes easy to move between 2D web and the immersive web.

In order to design a web browser for VR, a lot of thought went behind navigation, text-input, search and various other aspects. They conducted a lot of research over the years, conducted surveys with users, content creators and hardware partners. The Reality Browser thus created has many features for a Mixed Reality browser.

One of the main features is searching the web by voice control. Since text input is a task for virtual reality, the problem can be sorted out with Reality Browser. Search can be done with the help of the microphone in your headset.

Another feature of the Firefox Reality is the users get new games and experiences from the content that has been added to the home screen. As soon as you open the  Reality browser, you get an immersive experience that can be enjoyed on a VR headset. In order to bring about new games, videos, environments and experiences, they are in collaboration with creators around the world so that you can get it directly from your home screen.

Firefox Reality is using the Quantum engine for mobile browsers. This gives rise to a smooth and fast performance which is ideal for a VR browser. Along with performance, the privacy and transparency issue has also been taken into account.

Reality Browser will be taking it a step further. They are in the process of expanding their horizons. This is the Firefox Reality version 1.0. They are going ahead with more ideas and exploring more features to make Reality Browser the best browser for mixed reality. Firefox Reality version 1.1 should be available soon. They are also looking at providing bug fixes and updates. In the near future, they will be adding support for bookmarks, 360 videos and many more.

The team at Mozilla believes in transparency. They would like to have an open communication with the users. They are open to new ideas, reporting of bugs or any related suggestions. You can follow them on Twitter @mozillareality, file a complaint on GitHub or visit their support site.

Connecting with other creators who are creating immersive content for the web is what they are looking for. If anyone has built something using WebVR, then they would love to connect with them. They are keen on featuring content and experiences in Firefox Reality. < /div>