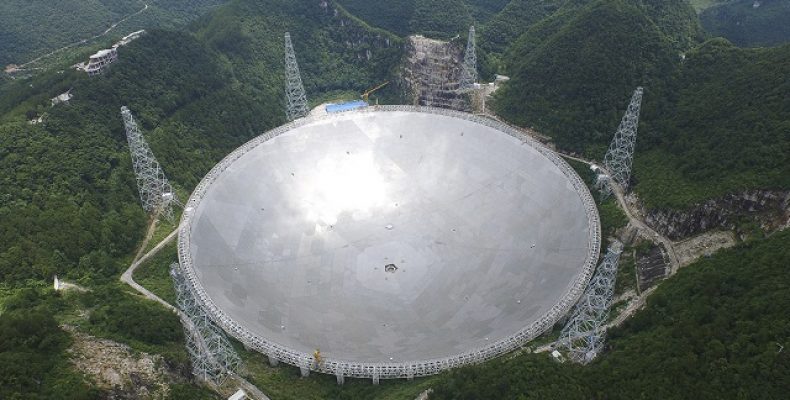 The Search for a Neutron Star:

Pulsars are fast spinning neutron stars that release beams of electromagnetic waves as they rotate. The pulses form these pulsars occur at regular intervals and sometimes these intervals are as small as a millisecond, making them extremely difficult to detect. So any ordinary telescopes wouldn’t do. It takes the world’s best telescopes to detect a millisecond pulsar.

A joint effort to discover the neutron star with a millisecond pulse:

The Fermi LAT collaboration has had an international factor to it right from the beginning with hundreds of scientists form the world over such as US of A, France, Japan, Italy and Sweden. After this a number of scientists from other parts have also joined in the effort of locating stars.

A while later and you have a Fermi- FAST collaboration with China. The process started off with the Fermi LAT team giving the Chinese scientists a list of places where possible pulsars could be detected. While other less sensitive radio telescopes could not detect the pulses, FAST came in to save the day with it’s highly sensitive telescope, discovering the world’s first ever faintest pulsar.

Telescopes used by scientists as well as other equipment do not come cheap and as such a collaboration between different countries is not only welcomed but also needed.