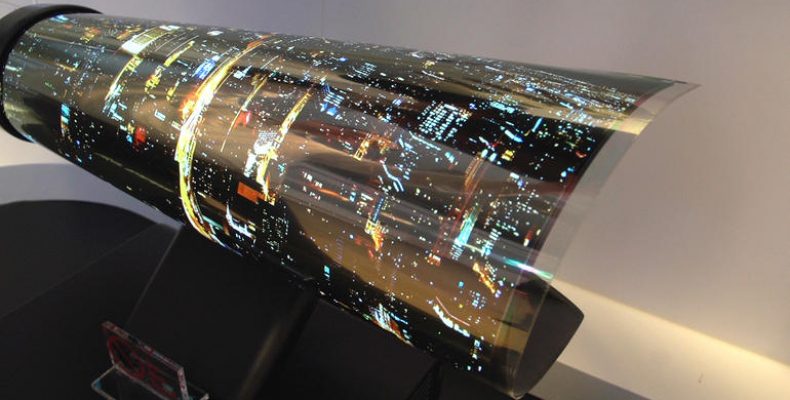 This year’s CES has brought some really refreshing and ambitious displays into the consumer electronics segment. LG has debuted its 65 inch rollable OLED TV which seems to be just out of a science fiction fantasy. LG’s Rollup TV is just happens to be a long tube which can be unfurled to get a big screen TV in the room. This TV effectively rolls out like a poster coming out of a rectangular box and this has been possible with the use of the flexible OLED display.

LG’s Rollup TV helps in revolutionizing the TV segment which has almost become quite an eyesore in the modern living room by taking up a lot of room. Now this kind of TV will act also act as a décor which helps in uplifting the overall look and feel of the living room. It will be a great addition in the living and it will be loved more by those who simply don’t like the look of their TV when not in use.

Today’s TV is sore to the eyes when we are not actually watching them. The black block stuck on the wall doesn’t do any justice to the living room at all apart from appearing as a spoilsport to the whole décor. Now such consumers will be able to simply roll back the TV in its usual rectangular form when they need to consume some content in their living room on a big screen.

It should be noted that the movies aren’t made in the typical 16:9 ratio and therefore users are required to adjust the aspect ratio in order to get better video viewing experience on the television screen. Most of the TV offers movie in the form wherein the video content is sandwiched between the two black bars present right above and below the movie. This is known as letterboxing method which not just makes the incompetent use of the TV screen but also leads to unpleasant movie watching experience. Now with the LG’s Rollup TV we get a TV which can roll itself into the same aspect ratio as present in the movie you wish to watch.  Letterboxing wasn’t a pressing issue but the way LG has got rid of it is quite awe-inspiring.

LG has left no corner in making this rollable display better than its stiffer counterparts. Most of the people might assume that use of the roll feature will result in comprising the overall quality of the picture but sadly that isn’t the case. LG happens to the first company to get into OLED technology and in prowess in this field quite empowering which enables it to bring the rollable TV into the mainstream with confidence. LG’s Rollup TV wouldn’t be making its way in the consumer market until 2019 or 2020 but this wait will be a good one for the consumers.